John Nicholson noted actor and star of Murder Chose Me along with his son Phoenix Nicholson is joining CFM News in a new video platform. 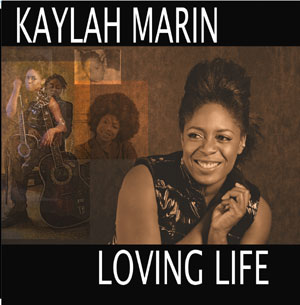 For Her Official Album Release Party At The Mint L.A. On August 19

Emerging alternative neo-soul singer/songwriter Kaylah Marin (www.KaylahMarin.com) is taking the charts by storm with her single “Green Caddie,” blasting into this week’s ACQB Top 100 chart at #20. The popular track off her debut album Loving Life placed just behind hits by Kelly Clarkson and Taylor Swift, and ahead of Kings of Leon, David Cook, and Colbie Caillat.

The singer, hailing from San Francisco’s notable art scene, has relocated to L.A. and is gearing up for her CD release party at Los Angeles’ landmark venue The Mint on August 19. Music industry executives and VIPs from around the country will be in attendance for the event. Plus in honor of Kaylah’s single “Green Caddie,” Tigi Linea will be providing swag for with their new line of environmentally friendly products called LOVE, PEACE, and the PLANET.

In other news, Kaylah is also working with Billboard’s top-tier DJs, The Perry Twins (Kristine W, Expose’s Gioia Bruno, Erin Hamilton and Alyson) to create dance remixes of her tracks, “Oh Baby Please,” “Everybody,” and “Crushin”  for the dance radio airwave