The first day of the D23 Expo in Anaheim saw a huge crowd of people waiting to get into the morning panels, the exhibit hall and of course the presentation for “The Muppets”.

The panel was held to discuss the new Muppets

television show, which premieres September 22nd, is a “behind the scenes” look at the lives of Kermit and the rest of his friends.  The show shows the production of Miss Piggy’s late night talk show, of which Kermit is the producer.  Even though the two have broken up, they must find a way to work together to make the show a success.  All of your favorite muppet characters, Animal, Gonzo, the Swedish Chef and more all work in various jobs on the talk show and we see a glimpse into their lives off-screen.  Fozzie Bear gets a human girlfriend and there was an amazing scene in the trailer shown at the expo which shows Fozzie meeting his girlfriend’s parents for the first time. 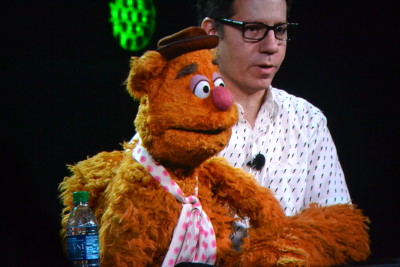 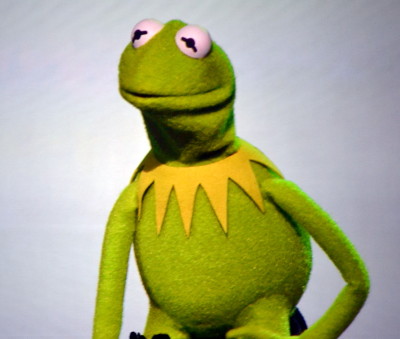 The show is definitely an adult version of the Muppets, but still something that children can watch and enjoy.  Since the beginning the writers and creators of the Muppets have really made the show for themselves.  They write and produce things that make them laugh and it’s an added bonus that the millions of fans also enjoy what they made. 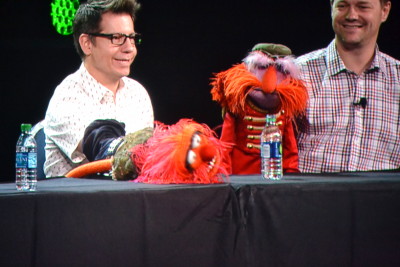 Of course, this new reboot of the Muppets will have loads of celebrity cameo’s with stars like Topher Grace and Elizabeth Banks already filming pieces for the show. 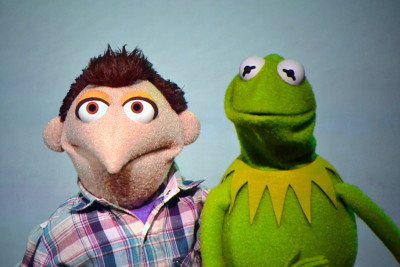 The puppeteers even brought some audience members up onstage with them to try their hands, and mouths at controlling one of the Muppets, to the delight of the audience.

The Muppets panel at this year’s D23 Expo will definitely be one of the highlights of the weekend.